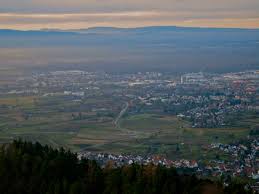 Germany plans to lift a travel ban for European Union member states plus Britain, Iceland, Norway, Liechtenstein and Switzerland from 15 June provided coronavirus infection levels in those countries allow it to do so, government sources said.

A further condition is that the countries concerned open their borders to holidaymakers, the sources said.

On lifting the ban, introduced for travel worldwide in mid-March, Germany would instead issue country-specific guidelines on the coronavirus situation in the European countries concerned./Reuters

Italy officially ended its long coronavirus lockdown Wednesday, opening regional and international borders in a bid to boost summer tourism, but found itself alone as European neighbors viewed the move as premature and remained wary of visitors from Italy.

Italy’s long-awaited internal and external opening after nearly three months allowed residents to finally reunite with friends and family members, and brought a flood of French shoppers across the border for less expensive groceries and cigarettes. But normalcy was a long way off.

Giuseppina Niglio drove 8 1/2 hours from Salerno, south of Naples, to the border with Switzerland to see her children, Roberta di Giacomo, 24, and Alessandro di Giacomo, 21. The siblings study at the musical conservatory in Lugano, Switzerland. They crossed into Italy on foot with their luggage, her cello and his violin.

Italy is the first European country to fully open its international borders, dropping the 14-day quarantine requirement for visitors from most of Europe. Many European nations are waiting until June 15 to open their borders, and some much later than that.

Who gets to go where in Europe this summer is shaping up to be determined by where you live, what passport you carry and even how hard hit your region has been during the pandemic.

Italian Premier Giuseppe Conte criticized as ’’discriminatory″ moves by Austria and Greece to limit the arrivals of Italians in their countries, due to concerns over the level of contagion in some regions, notably Lombardy.

’’The health emergency is now behind us,″ Conte said during a news conference, adding that he was working to reverse restrictions on Italian travelers.

Indeed, Europe-wide, rules on cross-border travel were a patchwork of regulations.

Even within Italy, regions with fewer residents infected with the virus viewed with some trepidation the arrival of tourists form the country’s harder-hit north. A move by Sardinia to require some form of testing for people coming from other parts of Italy was rejected by the Rome government as unconstitutional. A requirement for visitors to register before their arrival took the place of the proposed measure./ABC

European Union Nationals may soon be eligible to enter France, as the country is planning to open its borders on June 15, given that the situation does not worsen in the meantime.

“Some European countries chose to reopen their borders before others, and I respect that decision…We take our decisions at our own pace, and we believe that the right time to access our territory is June 15,” Prime Minister Philippe said during the conference, referring to some countries as the Baltic States, which have already opened their borders for a limited number of EU nationals.

According to the French Primer, the quarantine will not be obligatory for travellers from EU; however, such a measure can be imposed in a reciprocity move to the nationals of countries that require French citizens to go through quarantine of present negative COVID-19 test results.

“France will be for the reopening of EU inner borders, starting from June 15, if the health situation allows it, of course, without two-week self-isolation for travellers coming from a European country. We will apply reciprocity measures towards EU countries who would decide to close their borders or impose two-week quarantines to French people,” the PM said.

At the beginning of May Christophe Castaner, the French Minister of Interior had also stipulated that France would keep its borders closed until June 15, hinting at a possible opening of these borders after the middle of the month.

“We still need this protection. As for entries and exits out of the European space, a gradual and methodical relaxing of the situation will come in due time, and it will be decided with all the States concerned. Borders will remain shut until further notice,” the Minister said at the time.

France closed its inner borders, as well as its share of the external Schengen borders on March 17, upon a recommendation of the European Union Commission on the closure of Schengen and EU borders for non-EEA citizens.  Since then, entry into France has been permitted only for French travellers, cross-border workers and expats, given that they hold a special certificate.

The government has already confirmed that it will be opening its borders will Germany on June 15, while keeping border controls in place, possibly until the end of October.

On the same date, the EU Commission will decide on the reopening of both inner and outer borders, at the European level.