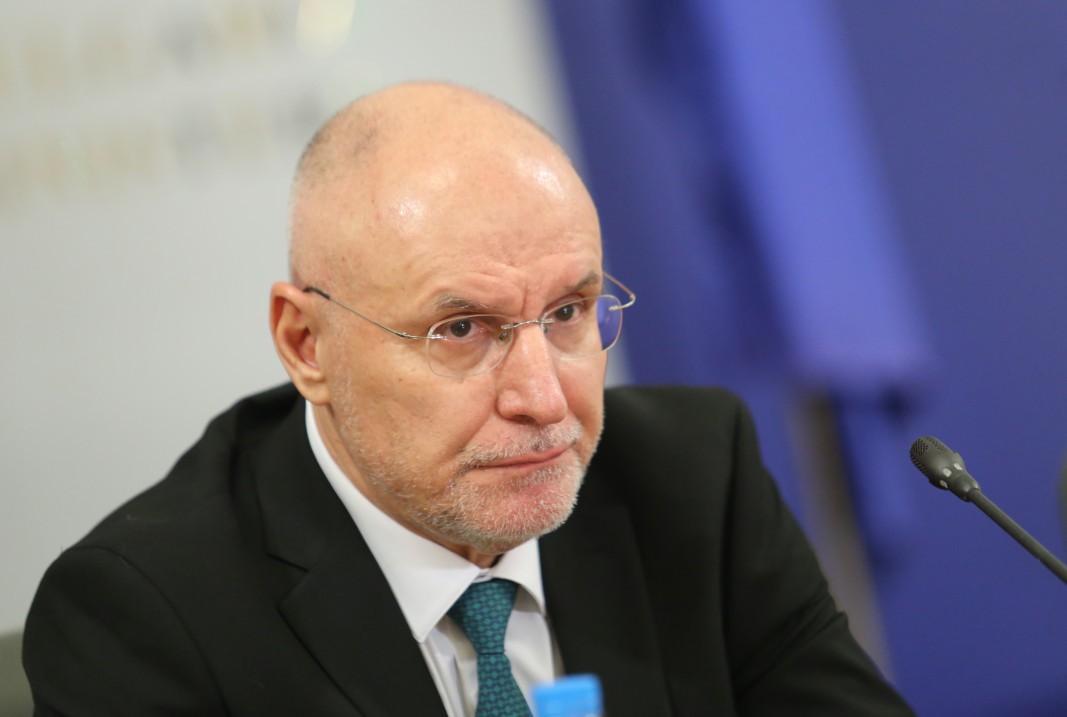 “The political decision for the Eurozone will have its price, and it will not be small. As long as there is no regular cabinet, this work with the Eurozone cannot be done. The issue of the Eurozone is above all – political, not expert, and the answer must be given by the National Assembly.”

This was stated by the head of the Bulgarian National Bank (BNB), Dimitar Radev, during his hearing in the parliament regarding Bulgaria’s readiness for membership in the Eurozone, which is the third discussion on this topic in a parliamentary format in the last six months.

During the hearing, the head of the Bulgarian National Bank urged lawmakers to focus on how to resolve the political crisis and warned them that the lack of a regular cabinet could delay Bulgaria’s entry into the Eurozone.

“In fact, the question is whether Bulgaria will remain indefinitely in the future, anchored in the deep periphery of Europe – with poverty, corruption, institutional weakness and external dependencies inherent in this periphery, or whether a general effort should be made to change this by accelerating seriously the already delayed process of joining the Eurozone,” said Dimitar Radev and added that this is a personal opinion.

He noted that there is a huge number of legislative acts needed to join the Eurozone. Radev pointed out that it is necessary to update the budget, give a macroeconomic forecast and a medium-term fiscal program.

“If we don’t have a budget, a macro framework, a medium-term program with clear parameters, the requirement for the nominal criteria from Maastricht will hang in the air,” warned Dimitar Radev.

Kornelia Ninova, the initiator of the hearing, asked the governor of the BNB if it is true that in order to meet the requirements for entering the Eurozone, we need to sharply reduce inflation to 6-7%.

Ninova said that to meet the deficit requirement of 3%, there would have to be a very sharp cut in wage and welfare spending, which would lead to a recession. “The purpose of this hearing is to tell people the truth, not to ideologize or politicize,” she said and announced that Bulgaria cannot currently enter the Eurozone.

The positions of the parliamentary formations

Former Energy Minister Delyan Dobrev from GERB announced that this is the most important decision that Bulgaria must make after joining NATO and the EU:

According to Dobrev, Bulgaria’s entry into the Eurozone will tame the rise in galloping interest rates. He pointed out that the large debts that the state is about to take on will be BGN 1.5 billion lower if we enter the Eurozone.

“I wonder about the BSP colleagues, maybe they share an electorate with the Vazrazhdane colleagues,” he added.

Nastimir Ananiev, MP from “We Continue the Change”, said that everyone is aware that it is in the interest of the Bulgarian citizens to accept the euro. He agreed with Delyan Dobrev about the lower interest rates.

“The Eurozone will give us the opportunity to be a factor in decision-making. Some take advantage and instill fear in Bulgarian citizens, such a decision will help Bulgarian citizens and businesses,” Ananiev said.

Deputy Speaker of the Parliament Yordan Tsonev from the DPS reminded that his party has been working for 10 years for Bulgaria to become a member of the Eurozone:

“We are in a hurry to make it 2024, but if you expect us to enter the 3% deficit criterion for this purpose, I will disappoint you – especially we will not support it. In such difficult conditions, leaving the population and businesses without support is not serious. No we can’t, at this time, aim to shrink the deficit, that’s absurd,” he said.

According to Tsonev, any geopolitical orientation makes sense if it is for the good of the people.

The leader of “Vazrazhdane” Kostadin Kostadinov announced that the situation reminds him of the beginning of the 21st century, when it was said that we should enter the EU: “It turns out that now we have to enter the Eurozone, otherwise we are on the periphery. Obviously no matter what we do, we always find ourselves on the fringes,” he said.

He added that Bulgaria’s presence in the currency board is a sovereign decision and that we can withdraw from it tomorrow. “You can leave the EU, but not the Eurozone, but no one is talking about it,” claims Kostadin Kostadinov.

BSP deputy Rumen Gechev stated that it was not clear how the entry into the Eurozone will affect the economic development of Bulgaria and its trade balance.

“There is a theory of an optimal currency area, where it is said that there is no way to have a successful currency area if the countries in it are at different levels of development,” he said.

Gechev disputed Daniel Dobrev’s claim about lower interest rates in the Eurozone. “We are throwing ourselves into the Eurozone with severe inflation. Measure three times, cut once,” said the BSP member of parliament.

The economist from “Democratic Bulgaria” Martin Dimitrov emphasized that in difficult times, people are looking for stability that could come from the Eurozone.

“The currency board can really be canceled, BNB colleagues, you should be afraid of that, because there are people who will cancel the currency board in 15 minutes and in the same month will cause hyperinflation,” he commented on Kostadinov’s words.

Martin Dimitrov supported the thesis that joining the Eurozone will contribute to lower interest rates. According to him, Bulgaria would receive more investments and opportunities for growth, which are key precisely in these looming difficult years of war.

“How can we get someone to invest their money now in Bulgaria? Investors will look for the excellent ones – that’s why we have to be in the EU, in NATO, in Schengen and in the Eurozone. If not, they will go to Romania, etc. The EU is one huge opportunity and it is a fact that some have won a lot – Romania, the Baltic countries, and we – due to our internal problems – are to blame for not having won much so far,” said Dimitrov.