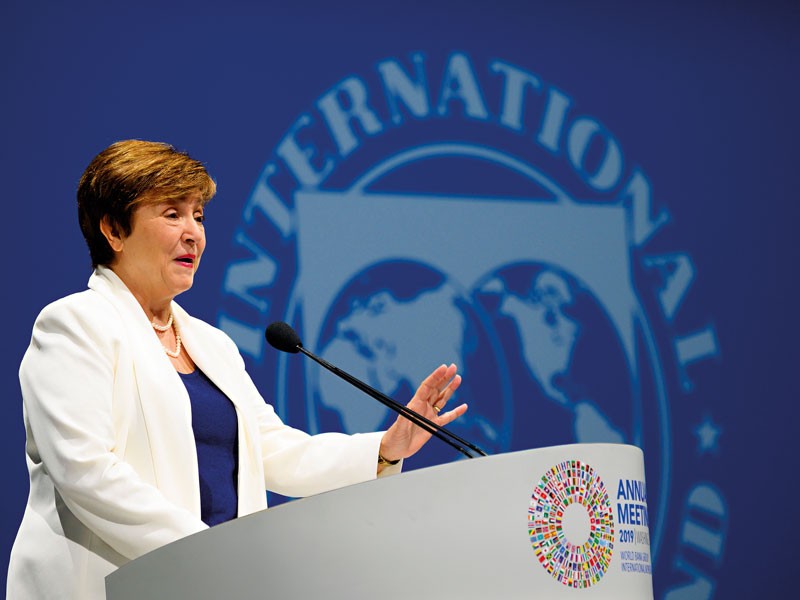 The head of the International Monetary Fund has warned that the global economy risks a return of the Great Depression, driven by inequality and financial sector instability.

Speaking at the Peterson Institute of International Economics in Washington, Kristalina Georgieva said new IMF research, which compares the current economy to the “roaring 1920s” that culminated in the great market crash of 1929, revealed that a similar trend was already under way.

While the inequality gap between countries had closed in the last two decades, it had increased within countries, she said, singling out the UK for particular criticism.

“In the UK, for example, the top 10% now control nearly as much wealth as the bottom 50%. This situation is mirrored across much of the OECD (Organisation for Economic Co-operation and Development), where income and wealth inequality have reached, or are near, record highs.”

She added: “In some ways, this troubling trend is reminiscent of the early part of the 20th century – when the twin forces of technology and integration led to the first gilded age, the roaring 20s, and, ultimately, financial disaster.”

She warned that fresh issues such as the climate emergency and increased trade protectionism meant the next 10 years were likely to be characterised by social unrest and financial market volatility.

“If I had to identify a theme at the outset of the new decade, it would be increasing uncertainty,” she said.

With disputes still raging between the US and Europe, she said “the global trading system is in need of a significant upgrade”.

Georgieva said uncertainty affects not only businesses but individuals, especially given the rising inequality within many countries.

She said that “excessive inequality hinders growth and … can fuel populism and political upheaval”.

Eric LeCompte, the head of debt charity Jubilee USA, said: “The IMF delivered a stark message about the potential for another massive financial disaster that we last experienced during the Great Depression.

“With inequality on the rise and concerns of stability in the markets, we need to take this warning seriously.”