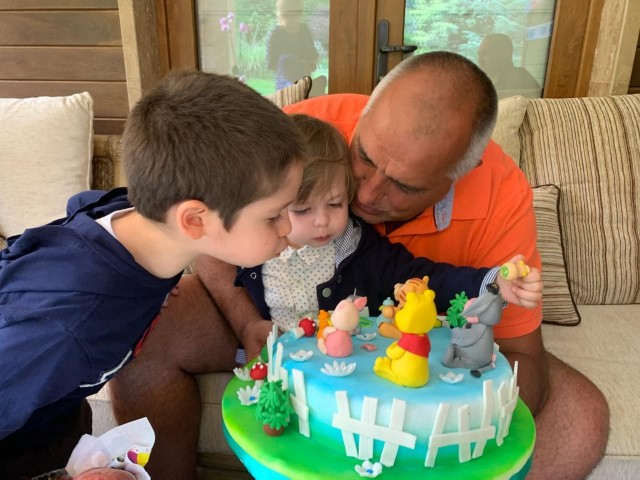 Lawyer Elena Guncheva sent an open signal to the State Agency for Child Protection against Prime Minister Boyko Borissov. The reason is the photo published a few days ago in the official profile of the Prime Minister, in which he poses with his two grandchildren.

Guncheva is adamant that this is a violation of Art. 11, para 4 of the Child Protection Act – “Every child has the right to protection against involvement in political, religious and trade union activities”.

“I would like to inform you that I have noticed a violation of Article 11, paragraph 4 of the Child Protection Act, proposal one – “involvement in political activity”, committed by Boyko Metodiev Borisov in respect of minor children, for whom he claims to have family relations. The violation was committed on 09.08.2020 at 5.49 pm, as Borisov appeared on his political (Facebook) page, where he usually presents his political and public activities, as well as his actions and comments regarding the state administration, posted a photo of himself and two minor children without covering their faces in the image, commenting that “Home is where they smile. It’s always good to talk to a child, the right decisions come from them. Time for their smiles and my decisions!”, Elena Guncheva wrote in her signal.

“It is an indisputable fact that the photo was published on the political page of a political party leader and prime minister. It is well known what decisions the Bulgarian people expect from Boyko Metodiev Borisov and in what connection they will be – will he submit a resignation, under the pressure of more than a month of serious protests against his administration? In this sense, the publication is a political one and is aimed precisely at political influence and benefit from the photo of minors embracing the man, whom a huge number of people want to resign for the future of their children, ” she is categorical.

“I believe that Borissov has violated not only Article 11, paragraph 4 of the Child Protection Act, but also a number of international conventions guaranteeing the protection of children, therefore I ask you to carry out the necessary inspection, to establish the violation with an act and to check whether the children in the picture are not at constant risk within the meaning of the law, as this is another attempt to use under-aged children in the political race and decisions, which is unacceptable. “, writes lawyer Guncheva.