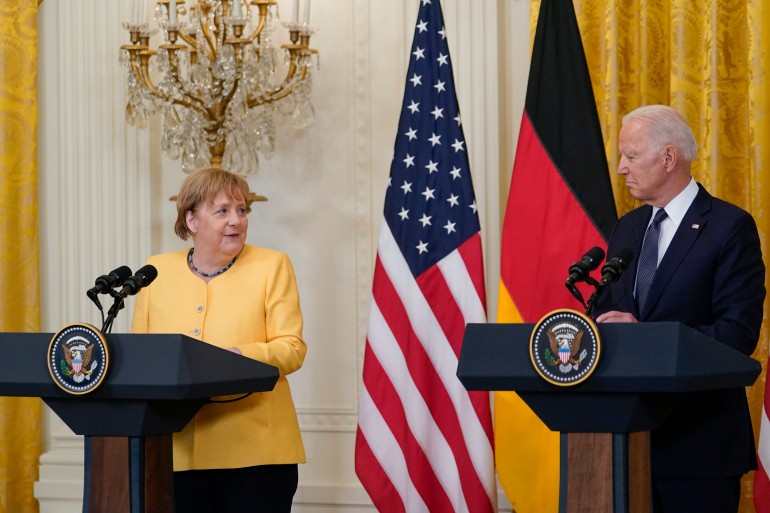 The US and Germany will stand together against Russian aggression, President Joe Biden said as he welcomed outgoing Chancellor Angela Merkel to Washington.

Mr Biden said he had voiced concern to Mrs Merkel over a Russia-to-Germany gas pipeline, but they agreed Moscow cannot be allowed to use energy as a weapon.

The US president said the two allies also opposed anti-democratic actions by China.

Mrs Merkel, who has worked with four US presidents, is leaving office.

“We stand together and will continue to stand together to defend our eastern flank allies at Nato against Russian aggression,” Mr Biden told Thursday’s joint news conference with Mrs Merkel.

He acknowledged the two did not see eye to eye on the nearly complete bn (£8bn) Nord Stream 2 natural gas pipeline. The White House has said it will be used by Russia as leverage over Ukraine and other neighbours.

The US president also said: “We will stand up for democratic principles and human rights when we see China or any other country working to undermine free and open societies.”

Despite being strong trade partners, Berlin has at times been critical of Beijing on the issue of human rights.