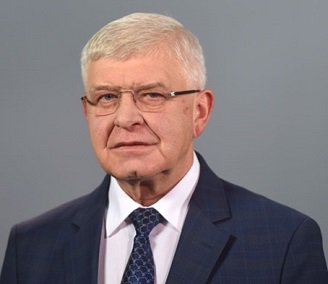 From the outbreak of the pandemic to the end of March 2021, the state treasury spent BGN 5.1 billion to deal with the impact of Covid-19. This became clear during the hearing of the outgoing Minister of Finance Kiril Ananiev in the National Assembly. The Minister reported to newly elected MPs how the state budget for 2021 is fulfilled so far and what is the level and structure of the fiscal reserve as of 31 March 2021.

Ananiev explained that over a period of one year households received BGN 1.8 billion to mitigate the consequences of the pandemic, the business – BGN 2.2 billion and the general government bodies – BGN 1.1 billion

When Plamen Danailov, MP of There is such a people asked a question about the fiscal reserve, Ananiev explained that the reserve amounted to BGN 8.5 billion. Of that amount, BGN 8 billion is in the Bulgarian National Bank and the remaining BGN 500 million – in commercial banks.

The Minister of Finance clarified that BGN 3.3 billion have been accumulated in the Silver Fund, which cannot be “touched”. And everything else from the fiscal reserve can be used to cover various expenses.

Regarding the budget deficit, Kiril Ananiev stated that at the end of March 2021 it was negative and amounted to BGN 619 million (0.5% of GDP).It became clear from his words that by the end of April the deficit may shrink and a balanced budget be achieved. Depending on the development of the pandemic, the balance could range from a deficit of BGN 100 million to a surplus of BGN 100 million at the end of April, Ananiev stressed.

The Minister of Finance reminded that since 2010 – at the end of each first quarter the balance of the Consolidated Fiscal Program is negative.

Regarding the external debt that the state has issued since the beginning of the year to the amount of BGN 800 million, Ananiev explained that according to the State Budget Act for 2021, by the end of the year it may reach BGN 4.9 billion.

He added that a new issue was not made for three reasons. First of all, because at the moment the fiscal reserve has enough resources to cope with the costs, which are usually lower in the spring and summer. The Minister added that given that the fiscal reserve is “deposited” in the BNB at a negative interest rate, it is not appropriate to draw new loans on international markets to pay interest. Ananiev also said that the outgoing government was willing to give the new government the opportunity to withdraw new loan, according to its own economic program.