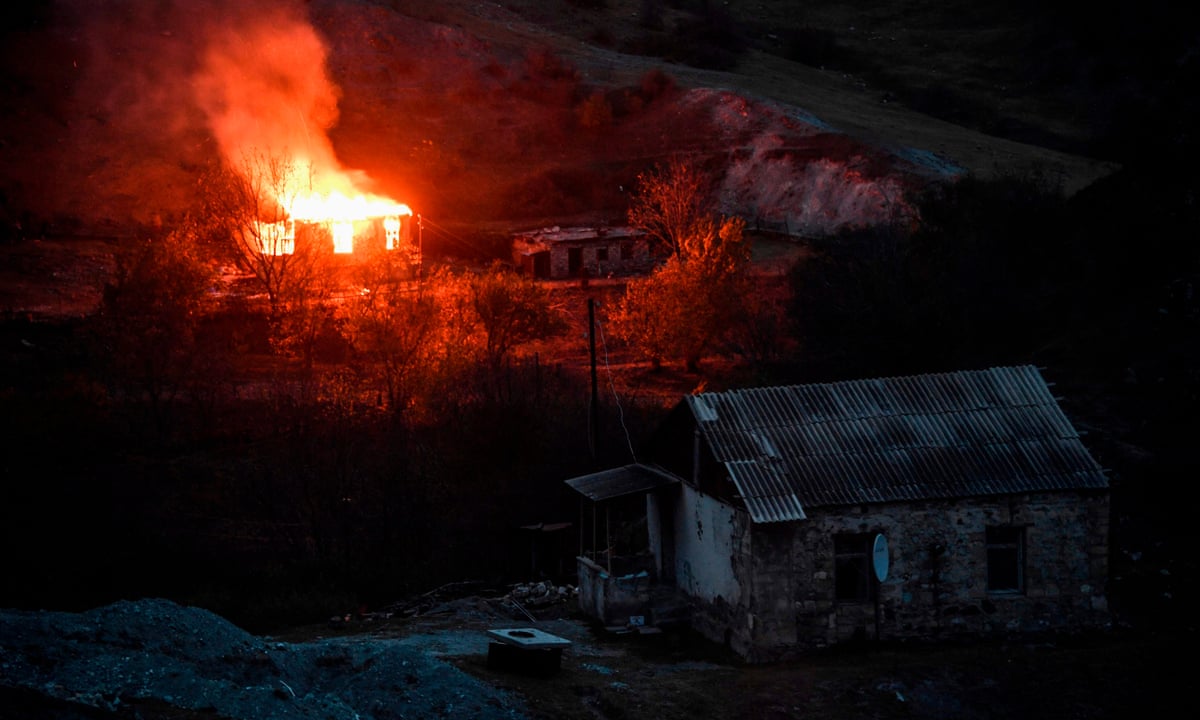 Thousands of ethnic Armenians are fleeing areas around Nagorno-Karabakh that are to be handed over to Azerbaijan as part of the recent peace deal.

The disputed region is internationally recognised as Azerbaijan’s, but has been run by ethnic Armenians since 1994.

According to the agreement, Armenia must cede control of several districts by 15 November.

Some ethnic Armenians are even destroying their own homes so no Azerbaijanis can move in.