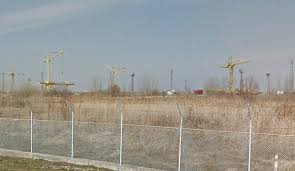 “There is a strong interest in the Belene NPP construction project. The candidates are expected to submit bids by the middle of the month,” former NEK Executive Director Petar Iliev said.

“Serious bids are expected from China and Russia. These are the biggest candidates. I can’t tell anything for the US, they’re still looking around. From my informal conversations I am aware that they have a great desire, ” Iliev explained.

Regarding the intention of General Electric to participate in the race for the second NPP in Bulgaria, Iliev suggests that they will “play” together with the Russian “Rosatom”.

“At the moment, as far as I know, intensified negotiations are underway within the consortia, because even Rosatom, even the Chinese, are not in a position of their own, and you know that the conditions of the competition are to have Rosatom equipment,” Iliev recalled, quoted by BGNES.

The former director recalled his claim that Bulgaria needed this plant – especially given the current state of electricity prices in Europe. Iliev is adamant that the price of electricity from Belene NPP will certainly not be 3-4 times higher, as it has been claimed for a long time.

The procedure for selecting a strategic investor for the Belene NPP project started on May 22nd. The Bulgarian side will participate in the project company operating the Belene NPP with an in-kind contribution of the assets, including the licensed site, available equipment, issued decisions, permits, licenses and other documents related to the project. The procedure lays down a number of conditions for the maximum protection of the property interests of the Bulgarian side.

The procedure for selecting a strategic investor for Belene NPP has been developed so that other investors with a minority stake are allowed to participate in the construction.

The construction competition will also include business companies or individuals who intend to conclude long-term energy purchase contracts.

The binding conditions of the competition state that the applicant investor will be obliged to use the manufactured equipment, to use all licenses issued, not to alter the design of the equipment in any way, to adhere to the approved project by the European Commission in 2007.

The highest rating will be received by the investor who offered the participation of over 30% of Bulgarian companies. Any candidate who offers a higher share will also have a higher score the next time they participate in the competition, Petkova explained.

In terms of project value, construction should not exceed EUR 10 billion, as estimated by the Bulgarian Academy of Sciences and the consultant HSBC. Maximum implementation period of up to 10 years.