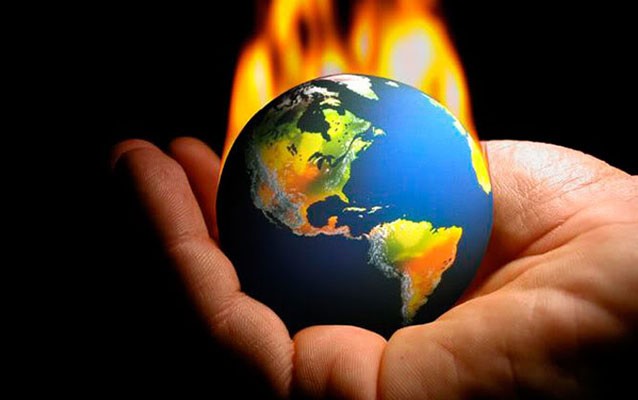 Muhammed Magassy has been a Gambian National Assembly member since 2012. He is also a member of Parliament for ECOWAS (The Economic Community of West African States).

Judge the gift by its giver. It was very generous of Norway to support a comprehensive satellite map of the world’s vulnerable forests, which will be used to monitor, stop, and, ideally, reverse deforestation, much of which is driven by industrial agriculture and contributes to climate change.

But given that Norway is the world’s third-largest exporter of oil and gas, after only Russia and Qatar, is it not strange that Oslo is more focused on other countries’ environmental conditions and not its own contributions? This is the problem with a great deal of Western environmentalism.

Namely, double standards, blaming the Global South for economic pressures that the West itself creates, while offering no solution for the Global South that acknowledges the reality of environmental harm but whose vulnerable economies dependent on these industries.

The EU has a much-ballyhooed ‘Green Deal,’ but the same EU hopes to invest $100 billion into fossil fuels—my continent of Africa included. One of the results of the UK-Africa Summit were fossil fuel projects; ninety percent, in fact. This importation of oil coincides with environmental lecturing.

Namely, developing nations, it is demanded, must cut carbon emissions whereas those emissions are inextricably linked to our economic welfare: Africa cannot, on its own, transition to cleaner forms of energy. It would be helpful if the West supported this process, but the West’s own commitment is in question.

Recently, the UK became the first major economy to address these concerns and commit to curbing government funding for overseas fossil fuel projects. But this fails to address the massive funding such projects receive from private enterprise.

And remarks from Alok Sharma, the UK minister tasked with leading talks at a recent UN hosted UN climate summit, about western nations lacking the ambition needed to tackle the climate emergency further underlies the overall lackluster approach that Europe’s leadership has taken to addressing a problem it routinely blames on the global south.

PricewaterhouseCoopers estimates the country would in fact need to spend practically thirty-three times as much to meet its own intended emissions target. And while Britain claims to want to achieve net zero emissions in thirty years’ time, scientists caution that these proposed cuts are insufficient to reach that objective.

Which brings us back to Norway; the country, though ostensibly a leader in progressive policies, has not announced any initiative to reduce its own fossil fuel production, which is responsible for most of its trillion-dollar sovereign wealth fund.

Indeed, not only has Greenpeace called out Norway’s illegal Arctic oil drilling, but the country officially opened its largest oil field ever at the same time as announcing it would divest its sovereign wealth fund from oil and gas exploration.

It would not be wrong for Western countries to point to environmental challenges in the Global South. Where this approach goes wrong is when this criticism is not coupled with any substantive assistance, and even worse still, is juxtaposed with significant carbon emissions activity from the West itself.

Not to mention, it is demand from the West that distorts Globally Southern economies and drives environmental degradation in many of our ecosystems. Perhaps the West should address some resources not just to tracking deforestation but to defusing their addiction to the commodities that drive deforestation in the first place.

But even this is not the best approach. Under President Biden, America finally has a comprehensive climate plan; the UK and EU have their own plans as well. But it would be better if the three major Western powers were to pool their intellectual capital and pursue a ‘Global Green Deal.’

In sum, this would mean, instead of gaslighting developing nations, the West partner to develop a more level playing field for both North and South. That will entail policies that are created in consideration of Globally Northern and Southern needs, realities, and limitations.

In practice it would mean Western nations working alongside developing countries to create mutually supportive forms of trade, technology transfer and agricultural production grounded in shared commitments to fundamental ecological principles. We need more dialogue and collaboration, rather than isolation or repudiation.

As a member of The Gambian Parliament and Parliamentary Representative for ECOWAS, I extend my hand in friendship and comity, in the hopes that the West, Africa, and the rest of the Global South can find a way forward together.