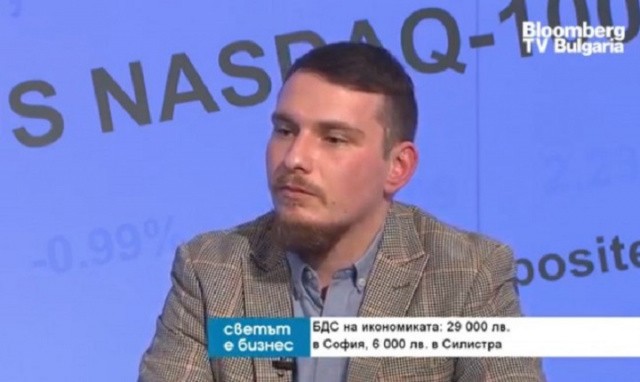 The pandemic brings the regions of Bulgaria closer together being part of the crisis in itself. It very disproportionately affected the leading economic centers and in this sense the gap was bridged. Of course, when we return to the moment of recovery, the gap will reopen, because the regions with the greatest growth potential are hit hardest. This was stated by Adrian Nikolov, Institute for Market Economy, in the show “The World is Business” hosted by Ivaylo Lakov.

According to Nikolov, a major regional problem is the labour market in Blagoevgrad, which has suffered from the closure of several large factories and the impact on tourism.

“The economy there is much more sluggish, the recovery will be much slower,” Nikolov said.

He noted that Vidin and Montana are among the municipalities that have suffered the hardest blow from the pandemic because of the high unemployment rate previously.

“Plovdiv is an example of industrial success, but it has problems finding qualified staff… The communications dynamics is limited, it has its boundaries,” the economist told Bloomberg TV Bulgaria.

The expert pointed out that Gabrovo hopes to become Sofia of northern Bulgaria, but there are very severe demographic problems there. “The workforce is shrinking quite quickly, every upcoming company will have to bring in a workforce, along with capital,” Nikolov said.

With regard to the Black Sea coast, he said, there are cities that also boast strong industrial economies, but those relying mainly on tourism will have to look for investment in new areas.

Nikolov also touched upon the effect of the anti-epidemic measures in Bulgaria.

“The success of the 60-40 payroll support scheme launched to maintain employment is moderate, but there have been several very big problems, including the payments delay, the challenges in formulating it, in determining aid size,” he said.

According to Nikolov, if this mechanism had been activated faster, 20-30 thousand more jobs might have been saved.