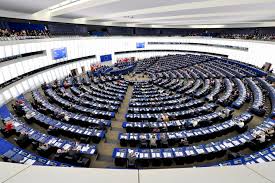 A new set of rules for exporting dual use products and technologies, including cyber-surveillance tools, were agreed on Monday.

The reviewed rules, agreed by Parliament and Council negotiators, govern the export of so-called dual use goods, software and technology – for example, high-performance computers, drones and certain chemicals – with civilian applications that might be repurposed to be used in ways which violate human rights.

Parliament negotiators, mandated by a 2018 report, have succeeded in substantially strengthening human rights considerations among those new criteria to avoid that certain surveillance and intrusion technologies exported from the EU contribute to human rights abuses.

Bernd Lange (S&D, DE), the head of the negotiating delegation

“Parliament’s perseverance and assertiveness against a blockade by some member states has paid off: respect for human rights will become an export standard. The revised regulation updates European export controls and adapts to technological progress, new security risks and information on human rights violations. It is an EU milestone, as export rules for surveillance technologies have been agreed for the first time. Economic interests must not take precedence over human rights.

“This new regulation, in addition to the one on conflict minerals and a future supply chain law, shows that we can shape globalisation according to a clear set of values and binding rules to protect human and labour rights and the environment. This must be the blueprint for future rule-based trade policy”, the leader of the Parliamentary delegation said.

“Today is a win for global human rights. We have set an important example for other democracies to follow. We will now have EU-wide transparency on the export of cyber surveillance and will control the export of biometric surveillance. Authoritarian regimes will no longer be able to secretly get their hands on European cyber-surveillance. We still do not have a level-playing field among EU countries but several new provisions allow for autonomous controls, better enforcement and coordination. I expect that member states’ obligation to uphold human rights and their own security will be the foundation of further work ahead”, said the rapporteur, who has led the negotiating team since July 2020.

The informal political agreement now needs to be formally endorsed by the International Trade Committee and Parliament as a whole, as well as the Council, before it can enter into effect.

The Commission tabled the original proposal to review the export controls regime in 2016, with the goal of updating the rules under which member states license companies to sell dual use goods, software and technology to third countries. The Commission also included cyber-surveillance technologies among dual use products. Parliament adopted its negotiating mandate in January 2018, and was waiting for the Council’s position to start talks until October 2019.