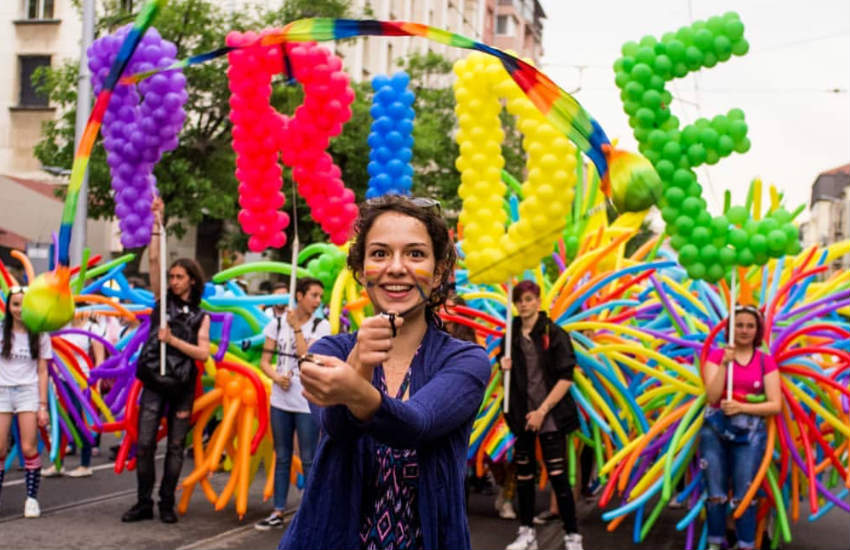 The 14th edition of Sofia Pride, under the motto “Together Again”, is being held in Sofia. One of the organizers’ message is “Different people, equal rights.” Gloria Filipova from Bilitis, who is one of the organizers of the Pride, told BGNES that among their other messages is to fight for their rights, to defend themselves.

“It’s been even harder lately. There have been many attacks on the community in the last month. We call for real equality and recognition of the rights of LGBTI people in Bulgaria, “said Filipova, stressing that it is now courage to take to the streets, given the vandalism of their community center and another room, and that there are people who they are afraid to go out and be seen.

She stressed that there are still cases of attacks on LGBTI people on the street.

“There are no statistics in Bulgaria because they are not criminalized. This is one of the things we are fighting for – the Criminal Code to recognize that homophobic and transphobic attacks are a crime of hatred and to take serious measures in such cases, “Filipova demanded, adding that we live in a country that is still very homophobic and transphobic and it is necessary to fight for more understanding and acceptance so as not to be afraid of people.

She added that she did not understand who needed the demonstrations against their event and asked why this aggression was.

“We have a peaceful march. There have never been any problems with our event. We call for equality, for peace, for acceptance, and this aggression on the part of our opponents is really incomprehensible to me. I hope that at some point they will understand that we do not want to harm anyone, we just want to be free, to live peacefully and safely in Bulgaria, “added Filipova.

The short-lived rain that fell on the city failed to spoil the good mood and the space in front of and around the monument to the Soviet Army is filled with young and colorful people. The concert part of the event raised the mood of all who sang and danced together with the performers Victoria Georgieva, Ruth Koleva, Preya, Mihaela Fileva and others. One of the surprises of the concert was the Macedonian singer Vasil Garvanliev, who blew up the stage and told the audience several times that he loved it.

Victoria Georgieva, who represented our country at the Eurovision Song Contest, said that she congratulated those who came to the Pride for their courage, wished them to be strong, to love each other and stressed that love is for everyone.

“I will sing three songs from my repertoire, my personal songs along with my Sky Walkers dancers, who are my favorite people to go out on this stage with,” she said.

The singer said that she is still held by the emotion from “Eurovision” because it was an amazing experience that she did not want to end.

“It simply came to our notice then. I am very satisfied, I am satisfied. However, this is something that is more difficult to happen and we waited two years for it to happen. The whole euphoria around the event was huge. It doesn’t matter to me where I graduated, it’s important that I perform well. I think I performed well and I am proud of myself and my team, “Georgieva commented, adding that she was also pleased with the jury’s vote.

Victoria said she is currently working on a new song she wrote in Rotterdam and will work on a second album, which is expected to be released by the end of this year or in mid-2022.

At 19:30 the traditional procession of “Sofia Pride” will start, which will go around the central part of the city and will return again in front of the monument to the Soviet Army. At the moment, the police presence in the area of ​​the event has increased, and our team saw the water wea