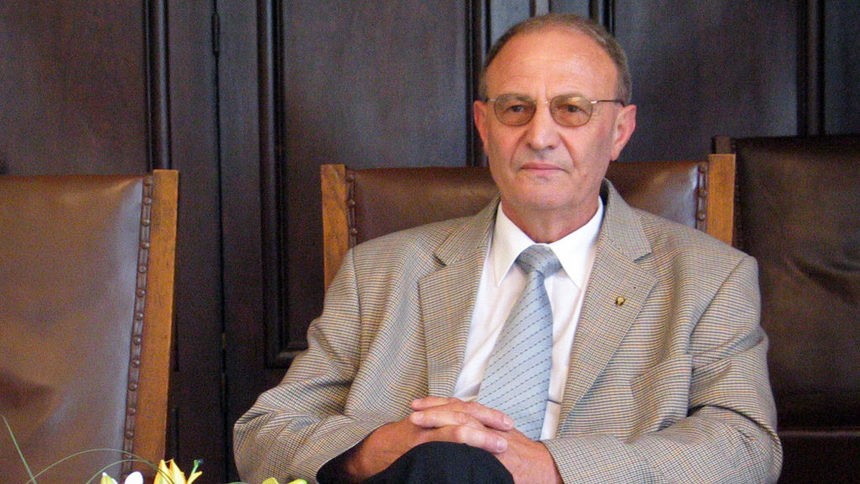 Bulgaria has given and is giving countless proofs of goodwill, of a desire for a fruitful political dialogue, but it is necessary to retaliate with the same, and not to wage a fierce, sinister anti-Bulgarian campaign. The blood of those Bulgarians who died for the freedom of Macedonia flows through the hearts of a third of the Bulgarian population, and we, their descendants, will never accept that our grandfathers were not Bulgarians.

The change is increasingly obvious and increasingly unconstructive. We may have been mistaken (a well-meaning person is always inclined to assume at least a little of the same quality in his opponent), but at our first meetings we seemed to have the impression of some desire on the part of at least some members of the Republic of Northern Macedonia reaching an agreement on one or another issue of history, which we had agreed to discuss by common consent.

Very soon, however, their tone not only hardened, but on a number of topics led to the de facto impossibility of any conversation. Our suspicions that this was due to purely political suggestions on their work were confirmed by their sudden statement that because their country is facing elections, the commission should suspend its work for some time. This “some time” lasted for almost a year, after which it became increasingly clear to us that their commission was tasked in any way to block any mutually acceptable opinions and solutions. I admit, at first we assumed that our colleagues did not know important historical sources, that some of them did not have good scientific training, because we too had lived in a totalitarian state that was washing people’s minds, in which there were locked secret funds with books and archives, which did not allow easy access to complete information, when in many cases it was necessary almost conspiratorially to reach the scientific truth on some issues inconvenient for the system. Gradually, however, we came to the conclusion that most of the Macedonian colleagues, at least actively involved in our discussions, are well informed in terms of facts, sources, research, interpretations, etc. of history on the part of both Bulgarian and foreign historiography, but, as I have said before, they read these sources and research as the devil reads the Gospel. And that they have their “argumentation” for every falsification of historical truth. I will say it again – we have gone through the time in which they obviously still live, we know how difficult it has been in many cases to find ways to tell the main truths.

The absurd and at first ridiculous, but increasingly annoying for us to establish it, is that our colleagues, forced by obvious political reasons and circumstances, do the same, only as if in a crooked mirror, quite the opposite – they make an incredible effort to prove not hidden truths, but scientifically unprovable political lies. And when they saw that the petty Balkan tricks with which politicians deceived their society could not withstand the evidence of serious science, they made a “larger” attempt to eliminate the probative value of indisputable historical facts – they embraced the flag of the so-called A “multiperspective” view of history. And yesterday and that day, instead of making another attempt to reach an acceptable text intended for their textbooks about the essence of Samuel’s kingdom, about Grigor Parlichev and Gotse Delchev, they served us an abstract and illogical explanatory text about this “multiperspective” historical approach, which, as I have said several times in the media, can be illustrated by how two Balkan Bulgarians look at a skyscraper and one says – yes, it is a skyscraper, and the other response – no, this is a small country hut. That is – you tell yourself that Samuel is a Bulgarian king, we will continue to teach our children that he is Macedonian and has enslaved the Bulgarians, Greeks, Albanians, and others around, and you are Turks, Tatars, Mongols, fascists, occupiers and all the most -scary that one can imagine, and so the historical truth will be protected.

Yes, but so historical truth, since history has existed as a scientific discipline, has not been defended from a subjective and arbitrary point of view, but only from a factual point of view, that is, from an objective point of view. I thought I would quote some of the shockingly ridiculous definitions in this text about multiperspectivity, in the sense that any scientist, journalist, public figure, and whatever it is, can say something guided by his point of view (of course, without no evidence of this), but I will not do so out of respect for our colleagues and in the hope that at some point they will understand that they will help their country only if they adhere to at least some fundamental historical truths.

The Bulgarian part of the commission has only one goal – to clarify the historical truth and thus to fulfill the obligations undertaken by the Treaty. There is no other country and no other society that, like the Bulgarian one, wants the progress of the Republic of Northern Macedonia, because we are not only their neighbors, but also blood relatives. Through the hearts of a third of the Bulgarian population flows the blood of those Bulgarians who died for the freedom of Macedonia during the Ilinden, Ohrid-Debar, Kresna-Razlog and a number of other uprisings, as well as on the fronts of the two. Balkan and the First World War, led by the Bulgarian people for the liberation of Macedonia. And we, their descendants, will never accept that our grandfathers were not Bulgarians,

I will repeat for the hundredth time that Bulgaria recognizes to the RSM something that others would not recognize, namely – state identity from 1944, when anyway, as a result of a long Serbian anti-Bulgarian “Macedonian” policy, as a result of force , at the cost of hundreds of thousands of victims, a decision of the Comintern, carried out by the “great leader and teacher” of the Bulgarian people Georgi Dimitrov, created the modern Macedonian state.

I will remind our colleagues from the commission that from the point of view of their “multiperspectival” view they have the right to call their language as they wish, not to forget that not only Bulgarian but also world philological science, as well as every Bulgarian not only in RSM and in Bulgaria, but also all over the world, they know very well what it is, even if it is forcibly pushed with Serbian and Western European words. As even those wiser than us have said, the work of the drowning is in the hands of the drowning themselves. I am convinced that there is no Bulgarian who does not wish the good of our brothers and cousins ​​in Povardarie and does not support their successful European perspective. But they must not forget that love and fraternal support are obtained only through love, not hatred.

I will repeat again that Bulgaria has given and is giving countless proofs of goodwill, of a desire for fruitful political dialogue, but it is necessary to retaliate with the same, and not to wage a fierce, sinister anti-Bulgarian campaign, to constantly deceive the Macedonian society, that Germany, Portugal, America, Macron or someone else will put pressure on Bulgaria and force it to make illogical decisions. As we have seen, even the almighty Mrs Merkel recommended that we understand each other, because this is a bilateral issue, and we can only recall that it is not Bulgaria but RSM that is a candidate for membership.

I will recall something I said some time ago – some confuse the European Union with the Soviet Union, which dictated to us not only what to do, but also how to think. Bulgaria is a sovereign state and no one can dictate its decisions, as obviously some of our short-sighted relatives across the border want very much.