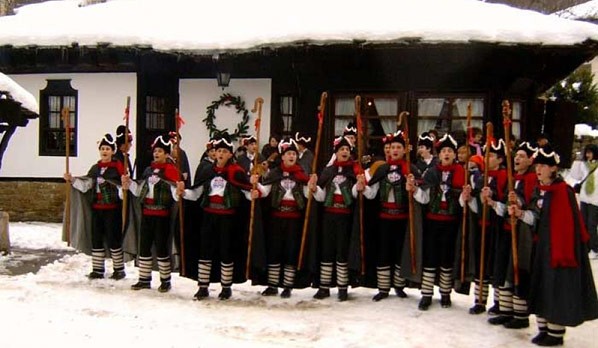 Are you feeling festive this year? Are you also an avid traveller? If so, you’ll want to add Bulgaria to your list this Winter.

Whilst Bulgaria is primarily an Eastern Orthodox country, like many, Bulgarians celebrate Christmas on the 25th of December, with celebrations starting weeks prior. Interestingly, Bulgaria is known for being one of the oldest countries in Europe, with a population surpassing 6.8 million. In the weeks leading up to Christmas, cities like Sofia are decked out with Christmas decorations alongside endless markets, making it the perfect destination for festive tourists alike.

If you plan to visit Bulgaria this year, you should know about a few Christmas traditions. For starters, before you go, make sure to practice saying “Vesela Koleda!”, which means “Merry Christmas!” in Bulgarian.

Christmas starts on the 25th when Bulgarians believe Jesus Christ was born and lasts for another two days. During the following two days, the people of Bulgaria honour those who carry the names Hristo, Hristina, and Joseph on the 26th and those with the names Stefan, Stoyan, and Stefka on the 27th.

According to Visit My Bulgaria, in Bulgarian culture, carolers, also known as Koledari, will go from house to house throughout Bulgarian villages on Christmas, starting at midnight on Christmas Eve. These groups usually consist of young men dressed in traditional Bulgarian costumes, but the costumes can often vary from region to region. The motivation behind this tradition is said to protect against evil spirits. So, Christmas carolers are often rewarded with food as a gesture of goodwill as they go from house to house throughout the night.

Whilst Bulgaria’s Christmas markets aren’t the most famous in Europe, they tend to get in tourists’ good books, and it’s not hard to see why. For example, Sofia, the country’s capital, hosts the most famous Christmas market each year, known as Kolidariya. The market is held in Borisova Gradina Park from the end of November until early January. The market is famous for its traditional Bulgarian feel, with many delicacies on offer, such as grape brandy and rose oil.

Christmas Eve (Badni Vecher) in Bulgaria is associated with more activity than the big day itself. As a tradition from the Orthodox Church, Bulgarians are required to fast for the entire day, and many start fasting 40 days before Christmas.

Christmas Eve dinner is also just as humble. The meal usually consists of seven, nine or eleven dishes following symbolic numbers in the bible. A delicious, traditional bread is also prepared, which family members can enjoy amongst each other. A coin is traditionally hidden within the bread before the delicacy is baked. It is believed that whoever gets the chunk of bread with the coin will be the richest in the coming year. What a treat! However, suppose you’re not amongst Bulgarian company this Christmas but want to try and bag some good fortune. Then, there are plenty of ways to try your luck over the festive season, with plenty of great casino games available to play online. There are even fantastic slots with Christmas themes, such as A Christmas Carol, All About Christmas, and Christmas Bonanza. Players can play for free at sites such as VegasSlotsOnline, or use their trusted reviews to find the best real money casino sites. You don’t have to travel to Bulgaria to increase your chances of winning. The process is simple: choose a licensed casino, pick a slot, insert your money, select your pay lines and hit the spin button to bet.

More than ever, more Bulgarians are choosing to opt for artificial Christmas trees instead of the real thing. An old tradition from the Communist era, which many Bulgarians still follow today, involves wrapping walnuts and other objects in tin foil and hanging them on the Christmas tree. These tiny crafts allow for unique, festive decorations that are fun for the whole family.

Whether you’ve been invited to spend Christmas in Bulgaria or you want to have some Bulgarian-inspired activities at home this year, these Christmas traditions will allow you to soak up the Bulgarian culture during the most wonderful time of the year!

If you’re interested to learn about more Bulgarian traditions such as how Bulgarians celebrate New Year’s Eve, you’ll be pleased to know that the country has even more traditions on display with concerts, fireworks, and baked goods. You can read more on Novinite’s article about New Year in Bulgaria.