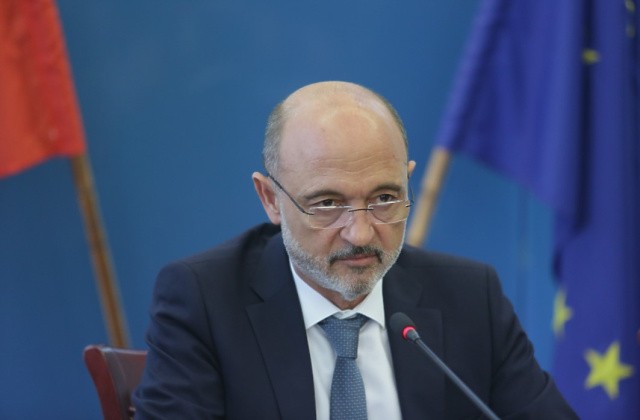 “For me, this is a strategic problem concerning the national security of our country. I can’t help but evaluate as wrong the action of the previous health minister in the person of Asena Serbezova, with this observed 400 medicines monitored for shortages, to be reduced to 60 and at the moment we wonder how to monitor the control of these mechanisms”, said the health caretaker minister Asen Medzhidiev at a briefing.

And he added that the Specialized Council today decided to propose specific changes to the law to the National Assembly in order to improve the control over the available medicines and prevent the lack of medicines. If irregularities are found in the case, the prosecutor’s office will also be referred.

Checks for the availability of drugs in the pharmacy networks will also be completed soon. “If there are violations, there will be punishments,” Medzhidiev stressed.

For BGNES, Dr. Ilko Semerdzhiev, Minister of Health in the period 1999-2001, stated that more than 300 types of medicines are missing. “At the moment, the bombs that were imposed by Minister Asena Serbezova, who changed the formula of SESPA in March of this year, are currently exploding. At the moment, political responsibility is not even sought for those who caused the problem – it is Minister Serbezova or her party ‘We Continue the Change’. At the moment, political responsibility and administrative responsibility must be sought. The name Serbezova is not heard. The person who created the problems went into hiding.”

“On top of that, she has a pharmaceutical education and should have managed at least in this field, and that’s where she caused huge problems with this type of lobbying amendments, because it’s outright lobbying.” Before the change of the SESPA formula, said Dr. Ilko Semerdzhiev, about 370 drugs were observed for deficiencies and were accordingly prohibited for re-export. He pointed out that after the intervention of Asena Serbezova, they fell to about 65. Currently, only 63 drugs are on the prohibited list for re-export, and the remaining more than 300 can be re-exported, and it is no coincidence that pharmacists report the absence of more than 300 drugs in the country.

He specified that there is a lack of medicines needed for oncotherapy, diabetes, inhaled medicines, vintolin and pulmicort, more than 60 types of antibiotics, anticoagulants, as well as anti-asthmatic medicines for heart diseases. According to him, over 400 thousand people in our country suffer from diabetes. People travel to neighboring countries, such as Turkey, Greece, Romania, North Macedonia, Serbia, to buy the necessary medicines. Dr. Semerdzhiev described the situation as extremely critical and called for the fastest possible reaction from the parliament.