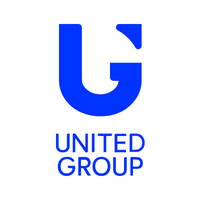 Dutch-registered telecoms and media company United Group said on July 31 that it has closed the deal to buy Vivacom, one of Bulgaria’s three major telecom operators.

Announced in November 2019, the proposed acquisition was cleared by the European Commission in April. The financial details of the deal were not disclosed, with reports in Bulgarian media put the cost of the acquisition at about 1.3 billion euro.

Vivacom’s previous majority shareholder, Spas Roussev, would stay on as a member of the telecom’s supervisory board, the media reports said.

Vivacom, formerly the state-owned fixed-line monopoly Bulgarian Telecommunications Company prior to its privatisation in 2004, offers broadly the same spectrum of services. This was the sixth ownership change at the company since privatisation.

It was also the second major transaction involving one of Bulgaria’s mobile carriers in the past two years, after Norway’s Telenor sold its Central and Eastern European telecommunications business, which included Telenor Bulgaria, to Czech investment conglomerate PPF Group for 2.8 billion euro in March 2018.