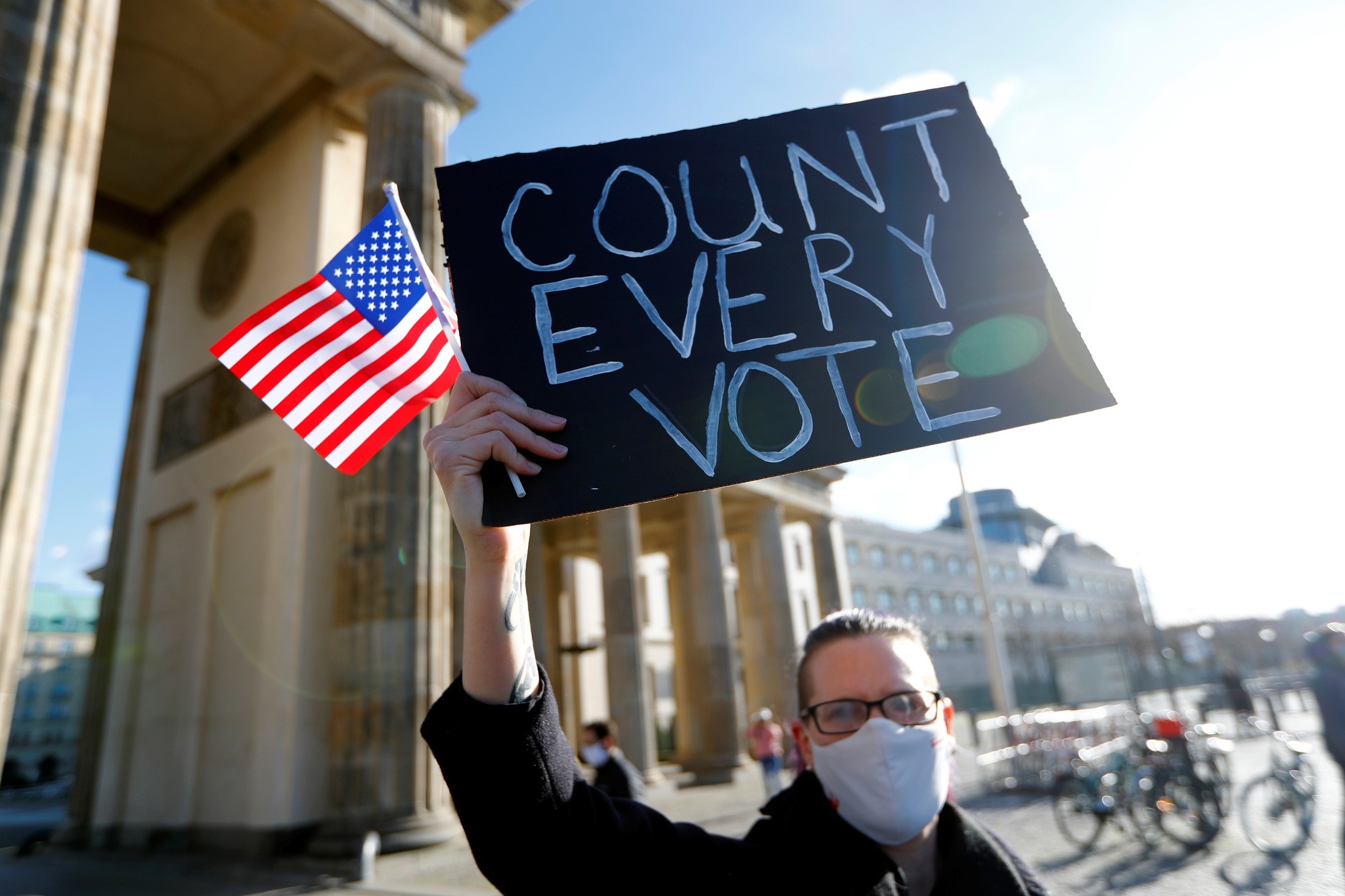 US federal election officials have said the 2020 White House vote was the “most secure in American history”, rejecting President Donald Trump’s fraud claims.

“There is no evidence that any voting system deleted or lost votes, changed votes, or was in any way compromised,” a committee announced.

They spoke out after Mr Trump claimed without proof that 2.7 million votes for him had been “deleted”.

He has yet to concede to the president-elect, Democrat Joe Biden.

The result of the 3 November election was projected by all the major US TV networks last weekend.

Most media now project that Mr Biden has won Arizona too. It is the first time the state has voted Democrat since 1996.

Mr Trump has launched a flurry of legal challenges to projected results in key states and levelled unsubstantiated allegations of widespread electoral fraud.

Meanwhile, China has finally extended its congratulations to Mr Biden and his running mate Kamala Harris after days of silence. “We respect the choice of the American people,” a foreign ministry spokesman said. Russia has said it wants to wait for an “official result”.

The announcement marks the most direct rebuttal from federal and state officials of President Trump’s unsubstantiated claims of election fraud.

Thursday’s joint statement was released by the Election Infrastructure Government Co-ordinating Council – which is made up of senior officials from the Department of Homeland Security and the US Election Assistance Commission as well as state-level officials who oversee elections and representatives of the voting machine industry. The statement was posted to the website of the Cybersecurity and Infrastructure Security Agency (Cisa), which is part of the Department of Homeland Security.

“The November 3rd election was the most secure in American history. Right now, across the country, election officials are reviewing and double checking the entire election process prior to finalizing the result,” the group said.

“While we know there are many unfounded claims and opportunities for misinformation about the process of our elections, we can assure you we have the utmost confidence in the security and integrity of our elections, and you should too,” it added, without naming Mr Trump directly.

“When you have questions, turn to elections officials as trusted voices as they administer elections.”/BBC