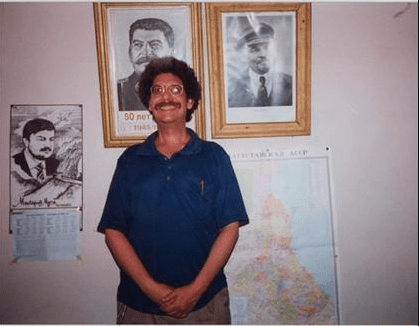 This article is a response to Professor Victor Friedman that is being considered by some people as one of the foremost experts on Balkan languages and in his thesis as about the so-called “Macedonian language”.

At the outset, it appears that the Greeks reject outright the existence of a “Macedonian nation”, a “Macedonian language” and even a “Macedonian republic”. A more careful study of Greek views, however, would reveal that the Greeks do not dispute the existence of a nation, a language or a republic after 1944, but they rather refute the legitimacy of the appropriation of the Macedonian name for defining a Slavic population in the Balkans. For the Greeks—as for the Bulgarians—the name “Macedonian” is merely a geogra*phical term that applies equally to any native of the wider Macedonian region, irrespective of his or her national identity. Unlike the Bulgarians, for the Greeks the name by itself is a cherished historical feature, an inseparable element of Greek cultural heritage for well over two and a half millennia. Understandably, it is highly unlikely to expect them to consent to the arbitrary appropriation of the Macedonian name by a Slavic people across their frontiers.

Mr Freidman is one of this outsiders. Lets’ see what are the fallacies of the Professor.

Fallacy 1 _The usage of the term “Macedonian Language”

The language spoken by the majority of the Slavic people of the Former Yugoslav Republic of Macedonia (FYROM) which they have quite arbitrarily called “Macedonian”, is a Slavic dialect, so closely resembling Bulgarian and Serbian, that according to linguistic principles it can hardly be considered an independent language at a par with the other two. [1]

The linguistic frontiers on the Serb and Bulgarian sides are lost in the fluidity of equally divided linguistic groups on either side and are impossible to determine. The so-called «Macedonian» dialect is, in fact, an intermediate stage between Bulgarian and Serb. As someone moves towards Bulgaria, the Serb elements grow rarer while the Bulgarian elements multiply and vice versa. For that reason, just as the Skopje region was the apple of discord between the politicians of Bulgaria and Serbia, so its language has become an object of dispute. Serbian linguists stress its affinities with the Serb language; Bulgarians emphasize its similarities with Bulgarian. Both are anxious to prove that it is really an extension of their respective languages.

This is the recent – in the frames of the 20th century – language of the FYROM State (created, as it is known, during the era of Tito in 1944). This is the Bulgarian language (the first people in the region are Bulgarians and Bulgarians have always claimed on this lands, which their consider their won – in fact people living in the region used to call themselves Bugari! This language is artificially ‘Serbianized’ (!), i.e. some lexis and grammatical elements of the surrounding regions, where the Serbian language was spoken, were added to it so that to lower the Bulgarian language element and adopt the Serbian language form, which is the requirement of Tito’s United Serbia, the Yugoslavian Republic.

Thus, the Slavic language in FYROM is a Serbian-Bulgarian language, a Bulgarian language that has been artificially Serbianized, adopted as official language because of obvious reasons which the Bulgarians call ‘Kolisevski’. The Skopje citizens themselves gave this language, the Serbian-Bulgarian, the name “Macedonian”, to avoid future claims on behalf of Bulgaria and to also hide the Bulgarian origin of the language. In addition, to usurp a right over a name (Macedonian), which bears prestige and historical notion (by fake identification with the greatness and world known name Macedonia of Alexander the Great) and finally – because their impudence has no limit [2]

Finally I want to add something that Mr Victor Friedman avoided to mention in his works regarding this language. In the early years there were many difficulties in securing wide usage of the still-changing new Slavic language of the FYROM. Writings of the old Bulgarian revolutionaries (Macedonian according the FYROM historiography) and often even speeches and articles by party leaders had to translated or adjusted before being used. [3]

Is it true that Bulgarians doesn’t have any problem as about the reading ?

Fallacy 2_The usage of the “Aegean macedonia” as geographical definition.

Friedman re-produces this known irredentist term in many articles and encycopedias. [4]

“Aegean Macedonia”is a Slavic Macedonian irredentist term used to refer to the region of Macedonia in Greece, in the context of a ‘United Macedonia’. The origins of the term seem to be rooted in the 1940s but its modern usage is widely considered ambiguous and irredentist. The term has occasionally appeared on maps circulated in the former Yugoslav Republic of Macedonia (FYROM), which envisioned Greek Macedonia (referred to as “Aegean Macedonia”) as part of a “Greater Macedonia”, and is regarded as a challenge of the legitimacy of Greek sovereignty over the area.[5]

There is also one more addition about this fallacy and concern the Vardar region. The Historical and geographical Macedonian borders until 1944 never included the middle and North FYROM. At the past identified as Kosovo, Vardar, South Moesia and Dardania. The entrance of these regions in Macedonia is clearly a political choice of the Yugoslav Communists first and USA lately.

Fallacy 3_The selective usage of his sources.

“The first two writers to publish books in a language based on Macedonian dialects were Hadzi Joakim KrEovski (d. 1820), who used a language based on the Kratovo-Kriva Palanka dialects of northeastern Macedonia, and his somewhat younger contemporary HadZi Kiril PejEinovik (c.. 1770-1845), who wrote in the Tetovo dialect, with fewer Church Slavonicisms than Joakim (Lunt 1953:336)’Both these writers called their language Bulgarian, but since their dialects were Macedonian, they can be considered as the first to publish books in some form of Macedonian (Koneski 1967a:88).” [6]

In this abstract we have the oxymoron that when the 19th cent writers mentioned that their own language is Bulgarian, Mr Freidman support that the earliest books were written in “Macedonian dialects” and uses as his source the Slavic Macedonian Blaze Koneski.

In Tito’s Yugoslav federations and in order to sever the linguistic bonds between the “Macedonians” and Serbs and Bulgarians, a new language was fabricated and touted as a separate Macedonian language, the language, it was said, of Alexander the Great. In contrast to Alexander’s language, which had an alphabet (Greek), the present “Macedonian” language did not have an alphabet until 1945.To complete the deception; Tito commissioned the linguist Blago Konev (he changed his name later to Blaze Koneski) to devise an alphabet. Koneski modified the Serbian version of the Cyrillic alphabet and called it the “Macedonian alphabet”. This is the source of Mr Victor Friedman, a propagandist linguist that changed his name and a Serbian alphabet in order to de-bulgarize his past.

Of course Victor Friedman avoids using alternatives sources in his work in the Slavic language of the FYROM such us Greek, Serbians and Bulgarian professors.

Fallacy 4_The usage of the Macedonian term as ethnicity.

I will begin my analysis with the term English term “Macedonian” and its meaning: A Macedonian according to several sources [7][8] is a native or inhabitant of the (Ancient or Modern) Macedonian region. I was born in Thessaloniki and my family’s origin can be traced from that city, as well as Eastern Macedonia 150 years ago.

So am I Macedonian according to Mr Victor Friedman’s historical and linguist method process?

According to the known English dictionaries I am. But I am not “Macedonian” speaker and ethnical according to Friedman thesis.

Some Remarks related to the FYROM historiography.

FYROMacedonian historiography and the political system wanted to keep the separate political and national existence to this newly-established republic. As we know, the main characteristics of a nation are: unity of country (with the meaning of common fatherland) and of political organisation, language, religion and heritage, which are joined by a common past, common consciousness – characteristics which alone are not enough or indeed necessary but which in combination create the separate identity of a nation. They tried to keep these characteristics to the new “Republic of Macedonia”. They wanted, in other words, to fabricate a nation. By means of their studies and publications they attemped to reconstruct and re-interpret historical data in order to fulfil their objectives. Maria Nystazopoulou Pelekidou writes with regards to this:

Unfortunately many of the authoritative views of the American academic establishment does not follow Arthur Schlesinger advice about the purpose of the history in theirs writings:

The purpose of history is to promote not group self-esteem, but understanding of the world and the past, dispassionate analysis, judgment and perspective, respect for divergent cultures and traditions, and unflinching protection for those unifying ideas of tolerance, democracy, and human rights that make free historical inquiry possible. [10]

Any attempt to question the authenticity of the Macedonian history (part of the Greek civilization) is of direct concern even to people who ordinarily have little interest in the remote past. I will suggest that arguing that writers as Victor Friedman offer a valid interpretation of history and the linguistics is similar to being comfortable with the notion that the earth is flat . But although such new and daring hypotheses about the past can easily win adherents, especially when they favor present cultural and political aspirations, everyone should be aware that there are real dangers in allowing history to be rewritten, even for culturally useful purposes. Even though it may inspire students with pride and self-confidence, writing and teaching such ethnic histories, each with its own brand of “ethnic truth,” sanctions the invention of falsehoods.

[1]- Andriotis, The Federative Republic Of Skopje and Its Language, EMS, 1966

[4]-a. Macedonian Language and Nationalism During the Nineteenth and Early Twentieth Centuries,1996 b. International Journal of the Socilogy of the Language 52, 1985.

[6] – Macedonian Language and Nationalism During the Nineteenth and Early Twentieth Centuries, 1976