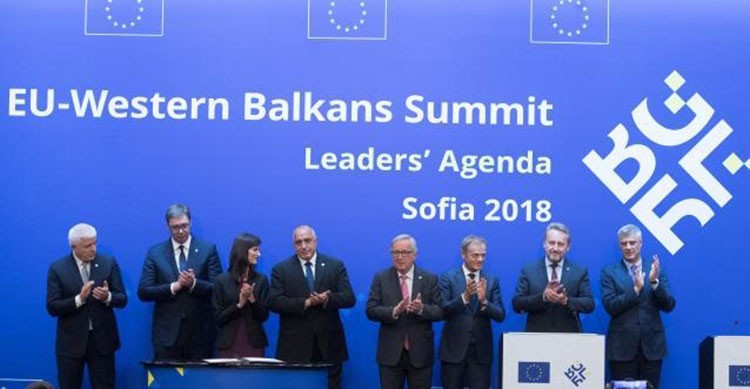 ”The common regional market” is a step that should improve the relations between the Western Balkan states and open new perspectives for the region tormented by conflicts, stagnation, corruption and disputes about the views on economy . This was the aim of its adoption following a declaration which brought together the leaders of the region and several EU states at the almost virtual meeting of the Berlin Process summit in Sofia.

The free movement plan proposed by Bulgaria’s PM Boyko Borisov, who attended the event only with his colleague from North Macedonia Zoran Zaev, was announced at the moment when Serbia and Albania along with North Macedonia gave an impetus to the initiative against the backdrop of criticism on the part of some states claiming that such rapprochement may become an alternative to closer relations with the EU.

What exactly the Western Balkan states have agreed upon and how it is related to the Mini Schengen, the identical plan taken up by Serbia which laid the basis for the declaration adopted on Tuesday but not supported by all states in the region as of yet.

Four freedoms and something else

The common regional market should prepare the countries for joining the EU common market. It has to bring closer the economies of Albania, Bosna and Herzegovina, Kosovo, North Macedonia, Montenegro and Serbia which are connected closely but not effectively enough. In many cases the connections between them do not work well owing to failing infrastructure and corruption, which in turn hampers innovations.

It has been decided to work along four lines:

To implement part of them concrete measures are needed, such as reduction of bank charges on both sides of the border, lifting the technical trade barriers, coordination of investment policy, acknowledgement of professional skills within the region and encouragement of e-commerce.

In the opinion of Oliver Varhelyi, EU Commissioner for Neighborhood and Enlargement, the common regional market will “make the region more attractive and competitive and will help transforming it into an investment hub interesting to global investors who would like to trim off the distance between them and the EU markets”.