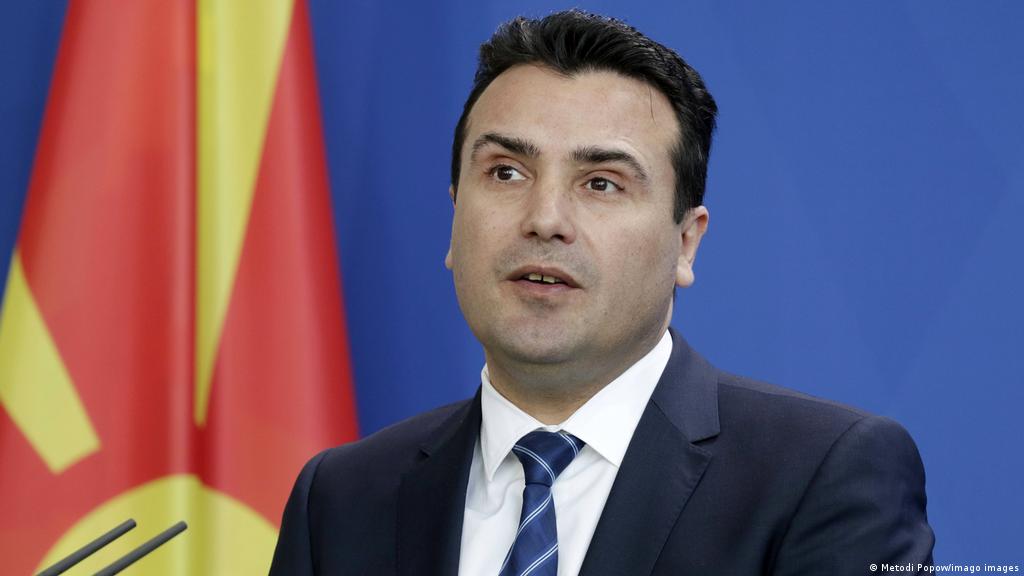 The results of the local elections in Norht Macedonia faced new challenges for our western neighbor. Zoran Zaev’s intention to resign as prime minister and leader of the Social Democratic Union (SDSM) has further inflamed passions. BGNES sought the opinion of prominent Macedonian scientists, politicians, and publicists for analysis and forecasts of what is happening in their homeland.

According to them, the overthrow of Zaev began with his party, which did not forgive him for getting closer to Bulgaria. The other reason is the failure of the local administration, but also the lack of real reforms. They also point to the refusal of the authorities in Skopje to punish the perpetrators of serious crimes from the previous government and corruption in the state administration as a serious shortcoming. Experts do not rule out the current government majority surviving.

My impression is that two parallel processes took place.

One is directly related to the poor performance of the SDSM at the local government level, and the party did not assess the importance of quality local administration for citizens. According to a survey conducted by researchers at the Skopje Institute of Social Sciences and Humanities, which covered 13 different demographic groups, including women and the poor, young people, and others, who make up 50% of the population, quality local government was ranked among the top three. voting priority. IMRO has a reputation for efficiency in work, especially at the local level – quality infrastructure, services. They are a “host party”. There is no mystery behind the victory, the reasons are obvious.

On the other hand, it must be interpreted why the defeat is so great and why it somehow comes from potential SDSM voters. After Zoran Zaev’s interview with BGNES in November 2020, Zaev was overthrown from within, by his party, by his elites – they did not forgive him for getting closer to Bulgaria, because SDSM is traditionally a Bulgarophobic party, more than VMRO DPMNE.

Zaev’s SDSM was a unique phenomenon, and his cosmopolitan supporters in the party were few. After the “heresy” uttered that night – “Bulgaria is not a fascist, but a fraternal country” – the SDSM Leviathan woke up and even Branko Crvenkovski rose from the dead. This was a political liquidation of Zaev by the disappointed Brankovists, clientelists and above all Bulgarophobes from SDSM, supported by DPMNE.

Danela Arsovska is a “child of Brankoism” from a police family whose father was a police officer during Branko Crvenkovski’s ugly transition. I’m not talking about conspiracy theories and “secret forces in secret agreements”, but political profiles: Crvenkovski, the Macedonian Academy / MANU / and a bunch of disappointed descendants of the former nomenklatura, whose natural product is Arsovska.

As for the black campaign related to her Bulgarian citizenship – it was someone’s (deliberate?) Blunder and the poster was removed in less than 60 minutes.

Everything else was cumbersome PR. The irony is that the biggest Bulgarophobes vampirized themselves and decided to defend her at the cost of her “unwanted” dual citizenship – unprincipled propaganda. One of the goals was to prevent Zaev from bringing us closer to Bulgaria. The “corrupt” tirades of Europe’s second richest party, VMRO-DPMNE, do not even deserve comment.

The election results are a consequence of the numerous corruption scandals of the government of Zoran Zaev, the bad policy for dealing with the pandemic, the wrong steps in the educational policy, the political persecution and, of course, the impossibility to start negotiations with the EU. To this must be added the poor results of the previous mayors of the ruling Social Democratic Union / SDSM /, their arrogance and separation from the citizens.

Both major parties saw a drop in the number of votes since the 2020 elections, but SDSM lost much more and is running without some of its coalition partners. Many citizens supported independent candidates and there were a number of invalid ballots.

The opposition united in the second round, and the support of the Albanian parties were good, so the victory is absolute, both in terms of the number of municipalities won and the number of votes. SDSM also lost Skopje, which is always a harbinger of victory in parliamentary elections.

Only a year later, the SDSM government is fully delegitimized, but there is an option for the current government majority to survive with a new prime minister. It is also possible to form a transitional government to organize new parliamentary elections.

Nasser Selmani, journalists and publicist: Zaev did not carry out reforms, did not punish the perpetrators, and chose the wrong strategy with Bulgaria

The main reason for the electoral collapse of SDSM is the excessive expectations it raised among the citizens while it was in opposition. The union has promised to restore freedom and democracy and to punish members of the previous government. He promised too much, but achieved little. Apart from resolving the dispute with Greece, which paved the way for NATO membership, other promises were either for minor changes to the system or for the continuation of the old way of working.

The government is not reforming the judiciary, whose justice is in question because of its direct political influence on judges. The abuses of Nikola Gruevski’s previous government went unpunished, and the criminals were pardoned instead of sentenced to life imprisonment.

The police and the prosecutor’s office have never shown a real will to tackle organized crime and corruption. With the help of the SDSM, the Albanian DUI party, which has often been accused of being corrupt, has re-emerged on the political scene. The party was a loyal supporter of Gruevski’s regime for 11 years from 2008 to 2017, and under pressure from Western powers was forced to form a coalition with the SDSM.

On the other hand, instead of drastically reducing the state administration, the government has created new jobs, mostly occupied by party members and SDSM activists, most of whom cannot boast of much expertise and experience.

The government has failed to break public opinion and convince people that the public procurement system has been reformed, instead continuing the old practice of companies winning tenders by bribing government officials. A sufficient argument in support of this was the fact that the Secretary General of the Government, Dragi Rashkovski, was accused of fictitious tenders and contracts.

In practice, the government has shown that it is unable to govern the country responsibly and effectively. It performed extremely poorly in tackling the Covid-19 pandemic crisis after the country topped the global and European coronavirus mortality charts, and failed to provide vaccines in time to immunize the population.

The authorities’ acquittal in response to opposition accusations that certain government officials had abused them for personal gain was also unconvincing.

Finally, the SDSM government did not show any visible economic results, instead, there was a decline in foreign investment in the country and an increasing emigration of young people who no longer see a future in the country.

One of the main reasons SDSM lost voter support was the inability to start membership talks with the European Union. The citizens wanted a government that would solve the problems, not justify why it could not solve them.

Zaev chose the wrong strategy in resolving the dispute with Bulgaria, without which negotiations cannot begin. Instead of getting seriously involved in negotiations with Sofia to find a compromise solution to the dispute, they expected the EU or the United States to put pressure on Bulgaria to unblock the process. When that did not happen, relations with Bulgaria heated up further with the spread of anti-Bulgarian sentiment and Euroscepticism through government-controlled media. This was accompanied by accusations against the EU that it had failed to solve the problems in the Western Balkans.

I do not believe that we as a state have the political capacity to offer the best solution in the new situation, because we have a political elite that takes into account above all its personal and party interests, and not the interests of the country.

It would be best to form a caretaker government, supported by all parliamentary parties, which will have three main tasks; to draw up a swift strategy to deal with the energy crisis, to resolve the dispute with Bulgaria, and to start membership negotiations with the European Union, and finally to prepare early elections as soon as possible.

SDSM together with DUI in the parliament will try not to accept Zaev’s resignation, thus deepening the political crisis.

On the other hand, VMRO-DPMNE, along with Albanian opposition parties, will step up pressure on the government to resign and try to create a new parliamentary majority that will prepare the country for new parliamentary elections.

The final solution seems to be imposed by the international community, which will try to find a compromise solution between the two countries. She is likely to push for an end to the dispute with Bulgaria and the start of negotiations with the European Union, so elections are likely to be postponed until spring.